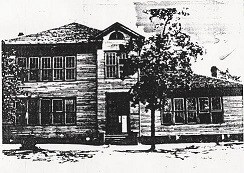 Our First Days
Grovetown Elementary School is located in the heart of Grovetown, Georgia. Grovetown is a small town with a long and rich history itself. In 1833, the Georgia railroad started from Augusta, continued through Columbia County, and headed toward Atlanta. Several Depots were built along the way and small towns were built around these depots. Grovetown was one such town (Columbia County: Then and Now).  The history of education in Grovetown began around the 1870’s. Charles Lord reported in an article in The Augusta Chronicle (1999) that the beginning place of learning in Grovetown was a small building known as the Hatton Schoolhouse. It was named after a founding settler Dr. Joseph Hatton. Around the turn of the century, there were two other schools, Hall’s School and Jordan’s Academy. Ben Jordan, a native of Richmond County, was an instrumental school official at that time. Black students attended schools that included Jerusalem, Steiner Grove, Walter Branch, and Central. Around 1912, a wooden, two-story schoolhouse was built next to Grove Baptist Church. The school had no indoor plumbing. The children brought water in buckets into the school from a nearby well (Lord, 1999, 3C). [Photo courtesy of the Grovetown Museum] 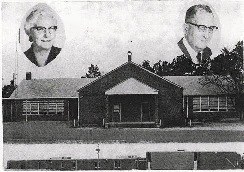 Early Leadership
Otis and Johnnie Johns came to Grovetown in 1928 to be teachers at Grovetown Elementary. The school had fifty students and three teachers (Kelley, no date). Mr. Johns was instrumental in getting a new school built. Four acres of land were donated by the heirs of the late Hatton and the new school was built in 1938 using prison labor. The building was brick and included an auditorium (Lord, 1999, 3C). The building wasn’t quite ready for the start of the 1938-1939 school year, so the students met at the home of Mrs. Mat James until the new school was ready (Grovetown School, 1938). [Photo courtesy of the Grovetown Museum.]

First School Lunchroom in Columbia County
The first school lunchroom in Columbia County was begun in 1933 at Grovetown Elementary. At first, the lunchroom workers had to go to markets on Saturdays to beg for soup bones in order to make the lunches. For many years, Otis Johns supervised the lunchroom. He made the menus, ordered the groceries, paid the bills, and made monthly lunchroom reports. Since that time, every child has been able to eat lunch in the county. In 1942, Camp Gordon was established. A wooden barracks was added to the rear of the school to provide more lunchroom space (Lord, 1999, 3C).
In 1949, Grovetown Elementary had four classrooms. The staff consisted of four teachers, two lunchroom workers, and one custodian. There were one hundred and thirty eight students. By 1956, Grovetown Elementary had seven classrooms. The staff consisted of seven teachers, three lunchroom workers, and one custodian. There were two hundred and sixty eight students (A History of Columbia County).
Otis Johns retired as principal in 1961. May 20 was proclaimed Otis Johns Day by Mayor W.R. Cox. Friends and relatives came to the school for a program and reception honoring Johns (“Grovetown sets tribute,” 1961). Columbia County Superintendent John Pierce Blanchard outlined a project to add at least four classrooms, possibly six, to the Grovetown School in 1962 (“Federal funds,” 1962).
In 1969, there were now thirty-two classrooms. The staff included twenty-four teachers, six lunchroom workers, three custodians, and one clerical worker. Eight hundred and eight students now attended the school (A History of Columbia County). 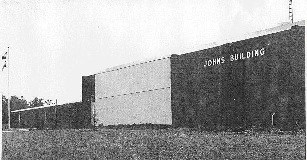 New Addition Built
To accommodate a growing student body as a result of Fort Gordon, a new addition was built next to the school in 1970 which held fifth, sixth, and seventh grades. It was named the Johns Building in honor of Otis and Johnnie Johns. After the 1988-1990 school year, the sixth grade class was transferred to Harlem Middle School due to overcrowding (“Columbia board,” 1989). In December 1990, construction was begun on 21 new classrooms, a 5,000 square foot physical education building, a 1,000 square foot music lab, and a 1,000 square foot art lab (Turner, 1990). This addition unified the campus which was split at that time.
During the 1999-2000 school year, five hundred and twenty seven students were enrolled. A classroom addition was added and ready for the 2000-2001 school year.
Grovetown Elementary was thriving in the 2005-2006 school year. There were 50 teachers, 24 para-pros, 7 lunchroom workers, and 5 custodians. Seven hundred thirty three students were enrolled in grades pre-k through fifth. Robert Boyd was the principal and Janis Allen was the assistant principal. The city of Grovetown is experiencing phenomenal growth, so it is expected that Grovetown Elementary will continue to grow for years to come.

In December of 2015, construction began on a new Grovetown Elementary. That building opened in August 2017 under the leadership of Stephanie Reese as principal and Karin Patterson as the assistant principal. The 111,328 square foot, two-story building contains 55 classrooms and cost about $19.5 million (Lennon, 2017). It opened with approximately 850 students, 63 teachers, and 24 support staff members. 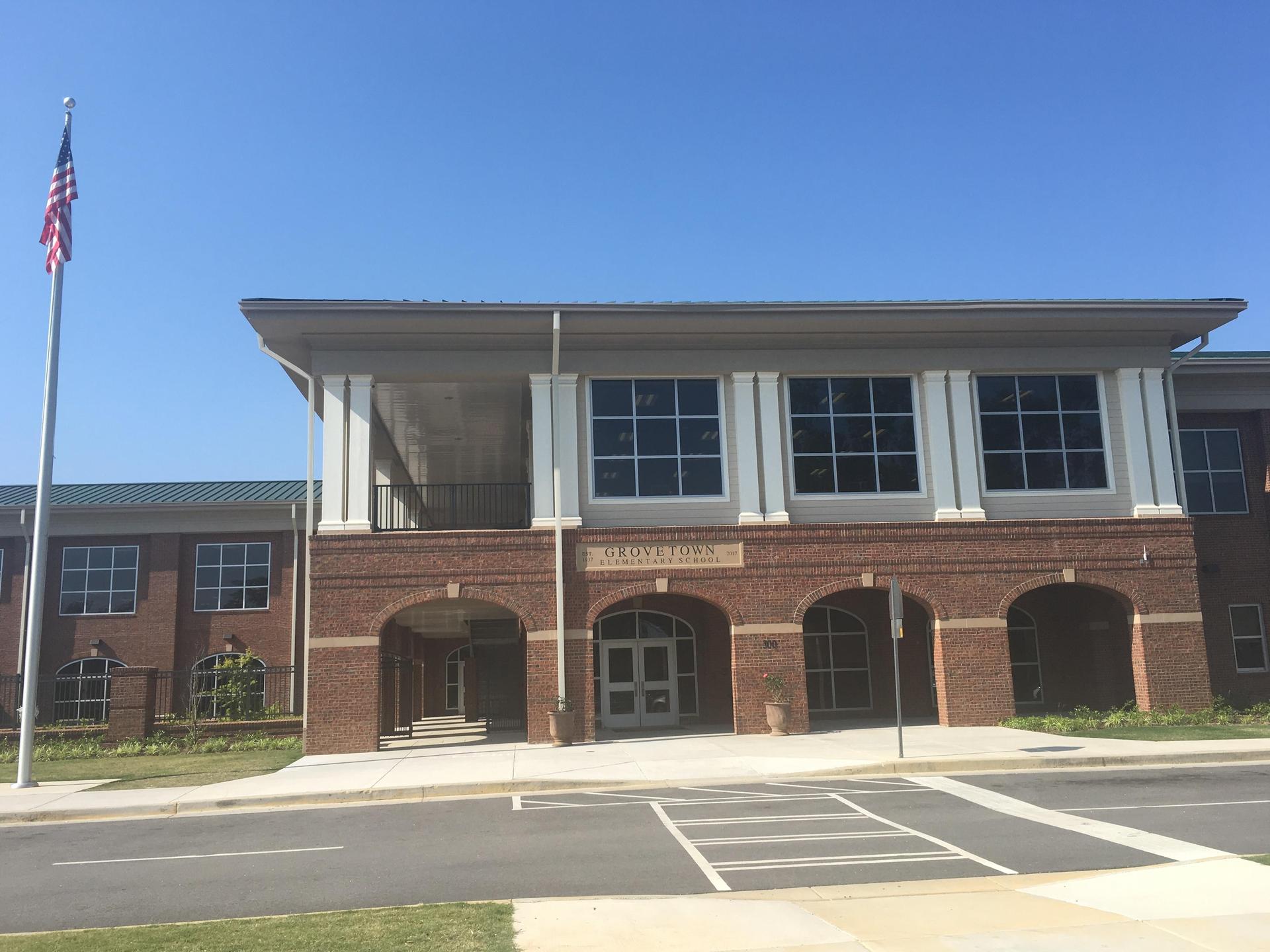 Many thanks to Allison Dixon, 2nd grade teacher, for compiling this history.